New Cover for Encounter at Shalana

September 13, 2015
You guys are the first to see my gorgeous new cover for ENCOUNTER AT SHALANA!

With the sequel, Infiltration of Talin, coming out in 2016, I wanted to get some linked covers for the series now that Encounter is no longer a single title.  Cover design by Ravenborn. 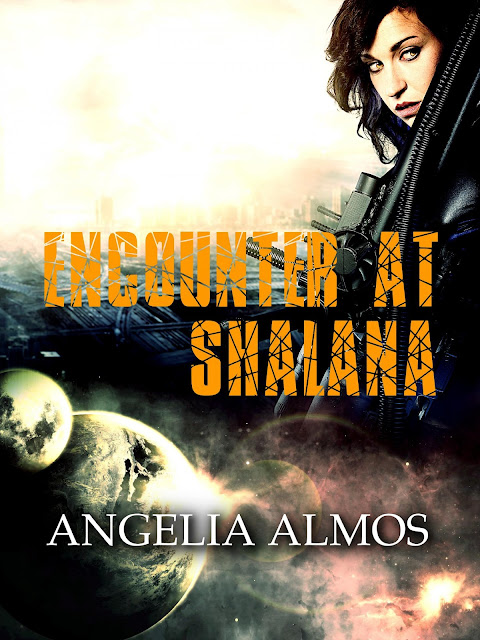 A space opera novel about a space pirate who almost loses everything she cares about when she’s blackmailed into running a dangerous mission for the military.

Space pirate Captain Kristy Ryan grew up the only daughter of a notorious privateer in the Border Planet Region. She learned her trade the hard way - there were no free rides on her father’s ship.

Now, she has her own ship, the Unicorn, and successfully works in the shadows, the fringes of legitimate trade. Her life is just how she wants it even on those days when her pilot and lover, Andrew Bennet, drives her crazy. But an unexpected visit from the Military Space Alliance changes everything. Her father disappeared while working a dangerous mission for the MSA. Now, she’s being blackmailed into finishing his mission.
Get Encounter at Shalana.....
@SelfPubBkCovers adventures of kristy ryan angelia almos encounter at shalana Ravenborn