October 14, 2011
The Bubble is a concept I've been thinking about for several weeks and have discussed with my good friend children's illustrator Kristen Schwartz.

As a writer I belong to several writer's organizations, participate in writing groups, take classes, and belong to some critique circles. It can become in one word - overwhelming. It's not one thing, but everything as a whole. I started thinking I needed to cut back on everything I participate in and focus on writing. Strange concept, huh? :-) But what to cut out, I do benefit from pretty much all of it, but then I started to wonder, am I really benefiting. Do I read any of those newsletters or email writing groups I belong to? Not so much anymore. I've taken some good writing classes, but I'm so slammed with other stuff I never feel I get to apply what I've learned on more than a surface level.

I have other commitments outside of my "writing life" which also demand my attention. I've been struggling with one such commitment that has been sucking not only my time, but a lot of my creative energy though it has absolutely nothing to do with writing.

I started having fantasies of cutting it all off. Just stop it all. The idea of The Bubble began to emerge. What if I stopped all of those outside voices and distractions - surrounded myself by a giant bubble and just focused on my writing. Tell the stories. Work on my craft. Just write. No outside voices to influence or distract me away from finding my own voice.

So, I began to slowly build my bubble. I cut back on the blogs, tweets, and Facebook friends. But the big cuts were yet to come. I made the decision to not renew my writing organization or group memberships which will expire in the new year. I was pretty actively involved in one of the groups and moderately involved with a few others. It was difficult to make the decision to cut the connection at least for a little while.

Now my focus is going to be exclusively on writing and publishing. The Bubble firmly erected around me for my year long experiment. 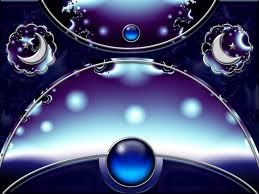