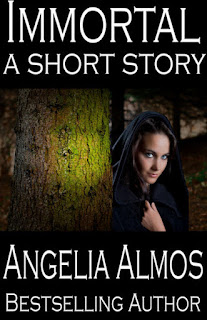 
Arianna seeks help from rogue adventurer, the Hawk, to save her criminal brother from the gallows. If her brother is hanged her entire family will be exposed as immortals when he doesn’t die. But is she willing to pay the price the Hawk asks in exchange for his assistance?

He was just as Mother Serena had described. Shaggy blonde hair, warrior’s body, and a pretty face making him look younger than his years. What she hadn’t described was the inner menace leaping off him in an aura making him far more threatening then all of the other men in the tavern combined. Squaring her shoulders, she walked determinedly across the floor to his table.

The Hawk didn’t look up from his ale, “Keep walking.”

Ignoring his clear warning, she sat down in the chair across from him.


For more Six Sentence Sunday's from other authors head on over to http://www.sixsunday.com