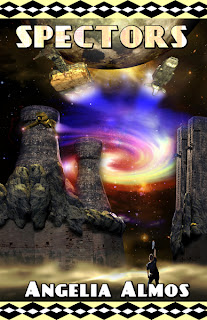 A space pirate almost loses everything she cares about when she’s blackmailed by the military into running a dangerous mission.

He had to at least try to get the Marauder up and flying. The sounds of metal sparking greeted him and he cursed. They were cutting his hatch to pieces with a torch. He’d almost made it to the bridge when he heard the unmistakable sound of metal ripping and a huge crash. They’d gained entry.
There was a second of silence as he spun to face the new threat. He hesitated and lost his chance to get to the bridge as a shadow moved in the opening. It would take a full minute to warm up the Marauder’s engines. He opened one of his crew’s quarters and placed himself in the doorway on one knee raising the rifle to his shoulder and waiting for the first one to come through the door.